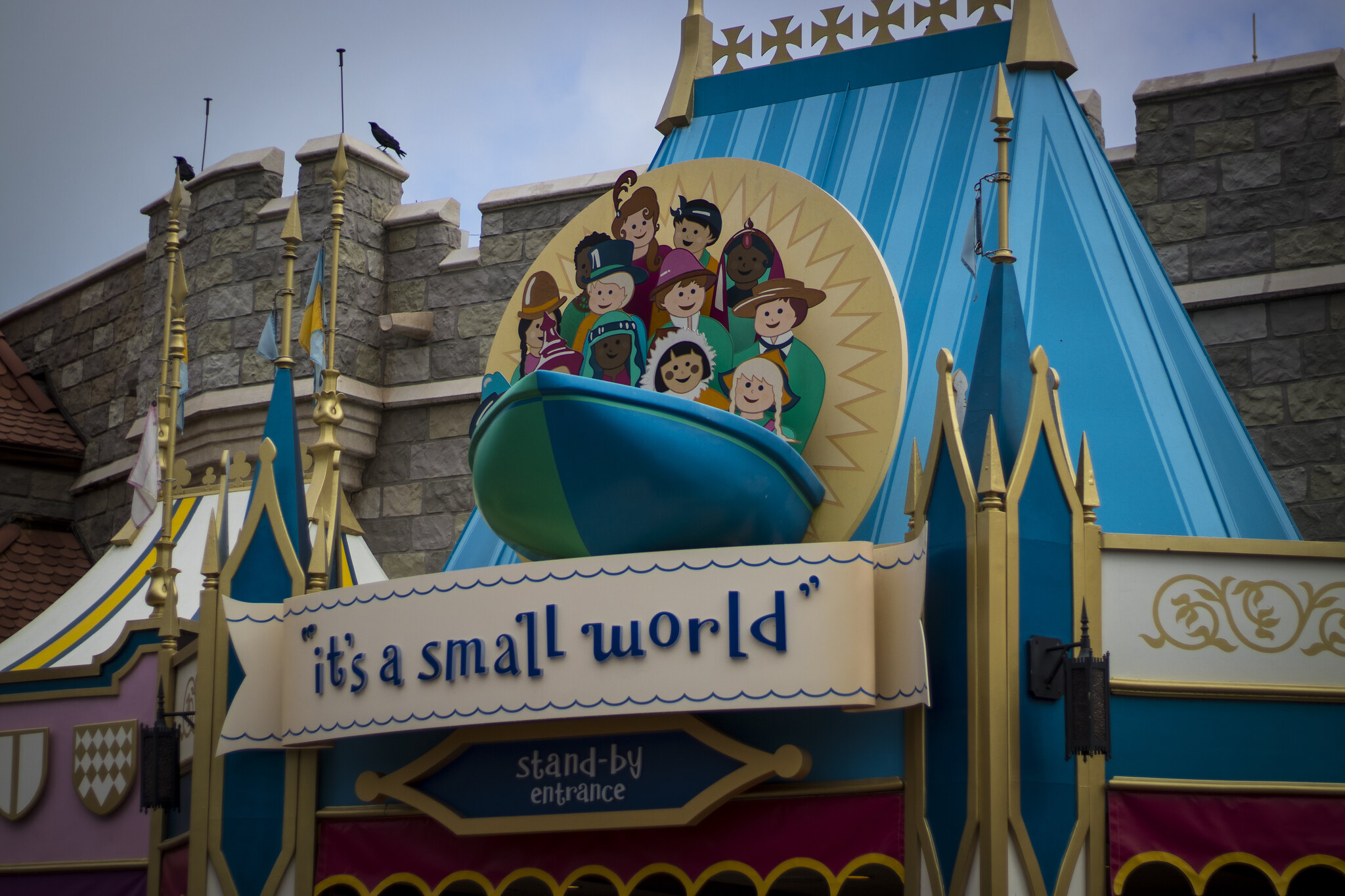 "it's a small world" is one of the most iconic attractions in any theme park, with an even more well known music track. This attraction has a long and storied history. It opened at Walt Disney World in 1971, however, prior to that it was first debuted at the 1964 World's Fair in New York. That version of the attraction was then trucked across the country to Anaheim, CA. The attraction itself is a slow boat ride through scenes depicting different countries around the world, including audio-animatronic children dressed in traditional clothing. The central theme of the attraction is unity around the globe.

NOTES: This attraction is not wheelchair accessible. Guests must be able to transfer to ride vehicle.